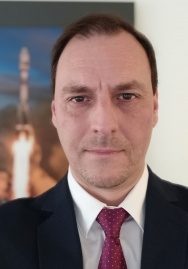 Fedor has successful experience in international arbitration disputes using Swedish and Swiss law and related to the provision of launch services for the launch of spacecrafts, the rocket and space industry, the international sale and supply of electronic equipment, as well as equipment related to the oil industry, including disputes arising from the occurrence of force majeure events.
Many years of experience in the preparation, conclusion and administration of international contracts with customers and subcontractors from Europe, the USA and Japan, ruled by Swedish, Swiss, English and American law, for the provision of launch services, including pre-trial settlement of disputes and disagreements.

He also has significant experience in representing interests of clients (including foreign clients), in arbitration courts of the Russian Federation, related to commercial disputes, disputes related to the activities of the rocket and space industry, as well as in the recognition and enforcement of foreign arbitral awards, banking disputes and others.
From 2011 to 2013, he worked as a lawyer in banks of the Russian Federation.
Since 2013 - as a lawyer and as a deputy director of launch programs at the International Space Company Kosmotras and JSC GK Launch Services.

Fedor Sapozhnikov is the author of an article on dispute resolutions in international arbitrations under international contracts for the provision of launch services (Launch Service Agreements).