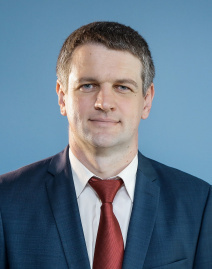 Email
PDF
Background
Expertise
Aleksei Korochkin has significant experience in working at the Economic Court of Belarus and Economic Court of the Commonwealth of Independent States.
Aleksei advises on litigation matters and represents clients in international cases under the Rules of ICSID, VIAC, ICAC at the RF CCI, IAC at the BelCCI and other.
Aleksei is included in the lists of various arbitral institutions including those of LCIA, VIAC, EDAC, SCIA, CIETAC и SHIAC.
Aleksei has been acting as Mediator since 2015. Certificate of Mediator No. 211, issued by the Ministry of Justice of the Republic of Belarus, dated 22 December 2015. He is a member of the Minsk Regional Bar Association since 2018, Chairman of Minsk Regional Specialized Legal Advice Office on Juridical Support to Business, Chairman of the International Court of Arbitration “The Chamber of Arbitrators at the Union of Lawyers”, Chairman of the Sports Arbitration Court at the Belarusian Republican Union of Lawyers.
Authored more than 150 applied science works on the issues of commercial law and its procedures, international private law, the law concerning the World Trade Organization, and sports law, which were published in Belarusian and foreign publications. In recognition of his achievements in his field, Aleksei is frequently called upon to speak at the conferences and legal events. He has served as Associate Professor of the Department of Financial Law and Legal Regulation of Economic Activities of the Law Division of the educational institution Belarusian State University for several years.

EXPERT ACTIVITY
Prepared expert opinions on the application of Belarusian law for submission in cases considered in:

Represented the interests of a Belarusian company in a case concerning the protection of assets from unlawful foreclosure worth more than 7 million US dollars.

Represented the interests of a Russian company in the case of recognition and enforcement in the territory of the Republic of Belarus of a foreign court decision in the amount of more than 130 million Russian rubles.

Represented the interests of a Belarusian construction company in the case of collecting more than 1 million US dollars.

Represented the interests of one of the leaders of the Belarusian IT sector in the case of recovering $ 1.3 million.

Represented the interests of a Baltic investor in the case of recovering non-returning investments.

Represented the interests of a major Swiss carrier in a case of loss of goods worth about 1 million US dollars.

Represented Baltic investor in the procedure of recognition and enforcement of Danish state court decision.

Represented Belarusian company in VIAC in the case of recovering debts and losses.
© Copyright 2016-2022. Mansors. All rights reserved. Privacy Policy.